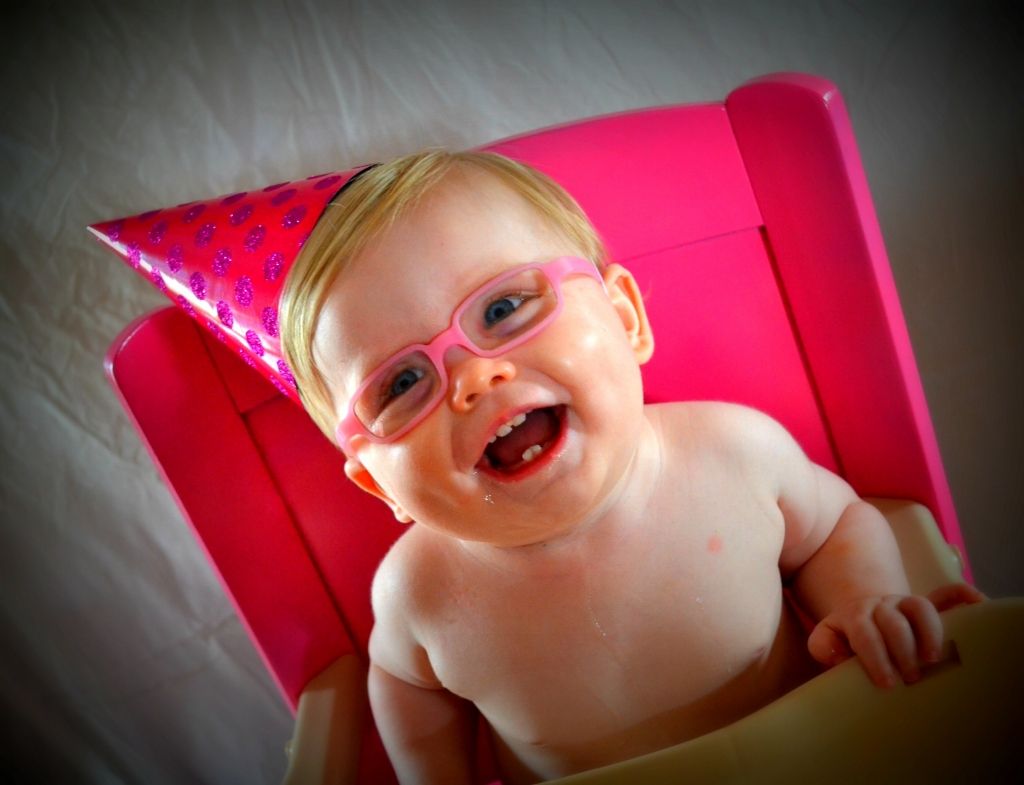 A case of Benign Familial Neonatal Epilepsy (BFNE), in which the KCNQ2 genetic mutation is inherited.


[dropcap]S[/dropcap]adie Katherine was born by C Section on August 30th, 2013, after a failed induction. We fell in love with her the very first time we laid eyes on her. She was a beautiful 7lb 9oz screaming baby girl. The first two days of her life she seemed like a happy and healthy baby girl. The next day the hospital photographer came in to take Sadie’s newborn pictures. Everything seemed to be going great. She laid Sadie on her tummy on the bed. Sadie stiffened her body and rolled over immediately. The photographer frantically picked her up and told us to call the nurse quickly. The nurse came in and took Sadie. She laid her down in the crib and looked her over. She said Sadie was really strong and a little stiff but nothing appeared to be wrong with her. After the nurse told us everything was fine we relaxed. We thought maybe the photographer just panicked when Sadie rolled over.

The next night my husband and I decided to send Sadie to the nursery for the night. We were supposed to go home the next day and could really use some rest. Shortly after we had fallen asleep the nurse came in and woke me up. She told me that something was wrong with Sadie and they were going to transport her to the NICU. She said the nurse in the nursery had noticed Sadie having what seemed to be a seizure. Her body had stiffened up and she started twitching. Of course, my husband and I were completely heartbroken. Sadie was our first child and we thought we were going to take our precious baby girl home the next morning. A pediatric neurologist came in to talk to us as they took Sadie down to the NICU. When we got to the NICU an IV had been placed in her head and she was in an incubator. The nurse assured us that it looked worse than it actually was but that really didn’t make us feel any better.

Over the next few days, Sadie had a spinal tap, EEG, and blood drawn multiple times. She was started on phenobarbital to get the seizures under control. Her phenobarbital dosage was constantly being changed and she slept most of the time. Sadie’s EEG came back abnormal but everything else was normal. The doctors could not figure out what was causing Sadie to have seizures. After seven days in the NICU Sadie was sent home. We had her home for a week, but every day she was having multiple seizures. It was absolutely horrible watching our sweet baby go through all of that knowing there was nothing we could do for her. We decided we had had enough and took Sadie to the Emergency Room at Children’s Hospital. They admitted her and she underwent a lumbar puncture, blood testing, and an MRI. She was also put on Keppra, an additional seizure medication. Three days later they sent her home. They had run all of the test that they knew to run and all we could do was wait for the results. After they sent us home they decided to take her off of the phenobarbital. Over the next few days Sadie’s seizures seemed to get more frequent and more intense. She was now having 5-7 seizures per day. The next Sunday we took her back to the Emergency Room at Children’s Hospital. They gave her a loader dose of phenobarbital through an IV and sent us home. We don’t know if the loader dose of phenobarbital helped or if the seizures had just stopped on their own.

In November of 2013 Sadie was scheduled for her follow up appointment with her neurologist. Everything seemed to be going great. We were seizure free and doing physical therapy once a month. Sadie was to be happy and healthy. Her neurologist decided to wean her off of the Keppra and just keep her on the phenobarbital. We were sent over to the lab to have some blood drawn and then we went home. We felt like we were finally moving on and seizures we a thing of her past.

Over the next few months Sadie was doing great. Her little personality was developing and she always had a smile on her face. She was a little behind but all babies develop at different rates. Sadie was scheduled for her next neurology appointment on March 19th appointment. We were excited about this appointment. We assumed she would be weaned off of the phenobarbital since she had had no seizures and was doing great.

We walked into Children’s Hospital and made our way to the neurologist’s office. They weighed Sadie and put us in a room. A few minutes later a neurologist came in and sat down. He told us that one of Sadie’s gene tests had come back positive. She tested positive for a KCNQ2 mutation. He began to explain to us what this meant. He told us there was a chance that she would never talk and there was a chance that she would never walk. She could be completely dependent on a caregiver or she could be perfectly fine. Sadie is slowly being weaned off of the phenobarbital over the next 5 weeks and will be doing physical therapy more frequently to combat the symptoms of the KCNQ2 mutation.

We recently received the news that Sadie’s daddy has the KCNQ2 gene as well. This means that there is a 50% chance that any other children we have will inherit the gene as Sadie did. Physical therapy and occupational therapy have made a huge difference in Sadie’s development and for that we are very grateful.

To us, the hardest part so far is not knowing what the future holds for our sweet Sadie. We will do everything that we can to be sure she develops the best that she can. She is such a happy baby and so full of personality. She smiles more than any baby I have ever seen. We knew she was special from the very first time we laid eyes on her and that will never change.